The administrative team at Wolfson Children’s Hospital guides the hospital in achieving its mission, offering valuable leadership that steers us toward improved patient care. Each experienced member of our administration is dedicated to using his or her skills and knowledge to help the children of our community. 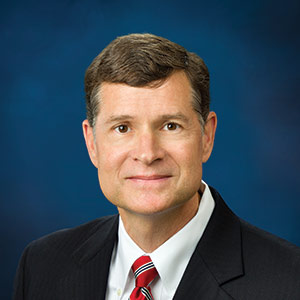 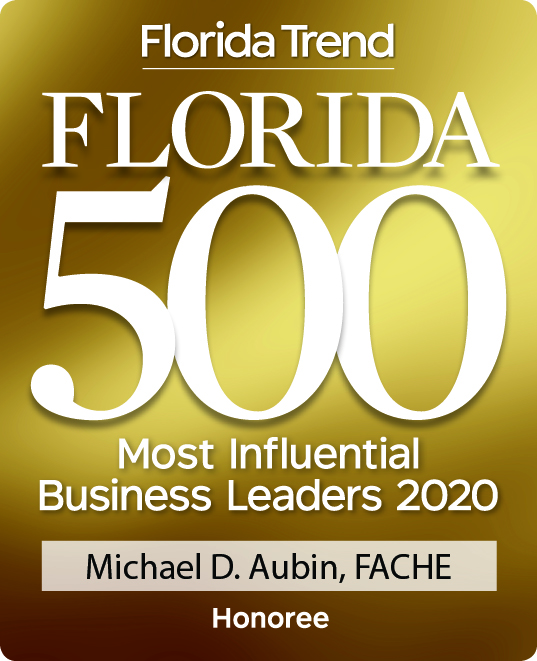 Prior to his role at St. Joseph’s/BayCare, Mr. Aubin served as founding Associate Administrator of the new H. Lee Moffitt Cancer Center and Research Institute in Tampa. Mr. Aubin’s early career included serving as a consultant with M. Bostin Associates in New York City and various roles with Milwaukee Children’s Hospital in Wisconsin.

Mr. Aubin is a Fellow in the American College of Healthcare Executives. A longtime child advocate, Mr. Aubin has served as Board President for the Florida Association of Children's Hospitals (FACH) and is a member of its Board of Directors. He currently serves on the national Children's Hospital Association's (CHA) Board of Trustees, and is co-chair of CHA’s Public Policy Committee.

Mr. Aubin has received numerous recognitions, including the 2020 Child Abuse Prevention Award of Excellence from the Exchange Club Family Center, the 2018 Child Advocate of the Year by the Northeast Florida Pediatric Society, 2016 Children’s Champion in Health Care from Episcopal Children’s Services, 2015 Award of Merit from Healing Hands Community Advisory Council, and 2014 R. David and I. Lorraine Thomas Child Advocate of the Year by the Jacksonville Florida Children’s Home Society. For his work in international children's health, Mr. Aubin received the International Humanitarian Award from the Tampa Interbay Rotary Club and Rotary Gift of Life of Florida, Inc., in 2006.

Mr. Aubin is married to Hillary and they have four children and two grandchildren. 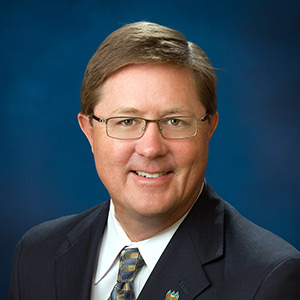 Dr. Bridgham received his medical degree from the University of Miami and completed his residency in pediatrics at the Naval Hospital, Portsmouth, Virginia. He is board certified in pediatrics and is a fellow in the American Academy of Pediatrics.

Dr. Bridgham served in the U.S. Naval Reserve and achieved the rank of lieutenant commander. Duty stations included Jacksonville, Portsmouth and Keflavik, Iceland. He received the Navy Achievement Medal during his active duty service from 1983 to 1990.

A Jacksonville native, Brooks has worked for Baptist Health for more than 20 years. She received her Bachelor of Science in Nursing from the University of North Florida in 2000, where she started as a Graduate Nurse in Baptist Medical Center Jacksonville’s Labor and Delivery unit. Several years later, Brooks became the manager for both Labor and Delivery and the Maternal Newborn department. In 2011, she obtained her Master of Science in Nursing Administration from Jacksonville University. She later became a nursing director for adult Medical/Surgical Telemetry, Oncology, Bariatrics, Gynecology and Obstetrics.

Brooks holds a number of certifications and is a Board-Certified Nurse Executive and a Fellow of the Advisory Board. She also has oversight of Perinatal Services across the Baptist Health system. In late 2018, she accepted the newly integrated position of Chief Nurse Executive for both Baptist Medical Center Jacksonville and Wolfson Children’s Hospital.

CC has been married to her husband, Marcus Brooks, for 20 years and they have three children, Miles, Layla and Mason.

A Fellow in the American College of Healthcare Executives (ACHE), she also serves as the communications director for the ACHE’s North Florida Chapter. She was named to the Jacksonville Business Journal’s 40 Under 40 list for 2019. Her community endeavors include serving as vice president on the 2019-2020 board of trustees for Episcopal Children’s Services. She is also a member of United Way’s Women and Local Leadership group and the Ronald McDonald House “Red Shoe Crew.”

A two-time graduate of Florida State University, Thabata graduated in 2010 with her Master’s in Public Health and in 2006 with her Bachelor of Arts in English and a minor in Criminology. Thabata was born in Miami and raised in Florida. She enjoys reading, exercising, cheering on Florida State football, and spending time with her husband Valentino and two daughters, Sasha and Taryn.